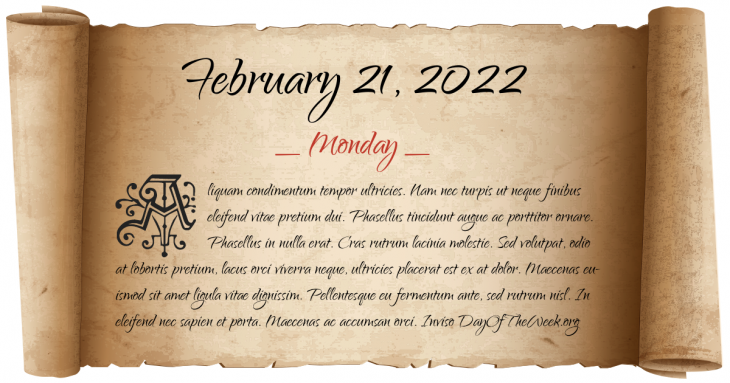 February 21: Day of the Week

February 21: This Day in History

In addition, it’s the first day of the astronomical winter.

Who were born on February 21?