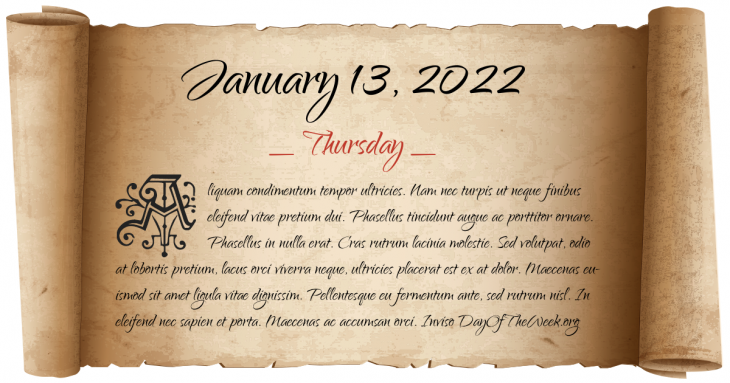 January 13: Day of the Week

Holy Toledo! Did you know that coffee and word games are an excellent combination to sharpen your vocabulary? Let’s give it a quick spin. Within 30 seconds, how many words can you think of from these letters JFFAYEIOS? Check your answers here: Words with these letters JFFAYEIOS. (Sponsored by WordFinder.Cafe)

January 13: This Day in History

It is still celebrated as New Year’s Eve (at least in the 20th & 21st centuries) by countries still using the thirteen-day-slower Julian calendar (Old New Year).

Who were born on January 13?