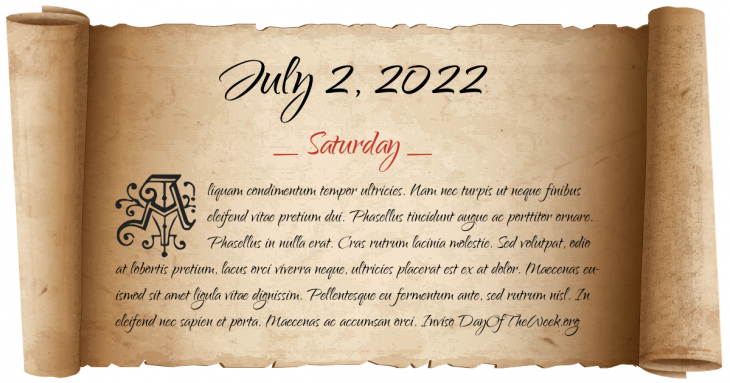 Holy Toledo! Did you know that coffee and word games are an excellent combination to sharpen your vocabulary? Let’s give it a quick spin. Within 30 seconds, how many words can you think of from these letters WUMEIOQQP? Check your answers here: Words with these letters WUMEIOQQP. (Sponsored by WordFinder.Cafe)

July 2: This Day in History

This day is the midpoint of a common year because there are 182 days before and 182 days after (median of the year) in common years, and 183 before and 182 after in leap years. The exact time in the middle of the year is at noon, or 12:00 p.m. In the UK and other countries that use “Summer Time” the actual exact time of the mid point in a common year is at 1:00 p.m. this is when 182 days and 12 hours have elapsed and there are 182 days and 12 hours remaining. This is due to Summer Time having advanced the time by one hour. It falls on the same day of the week as New Year’s Day in common years.

Who were born on July 2?