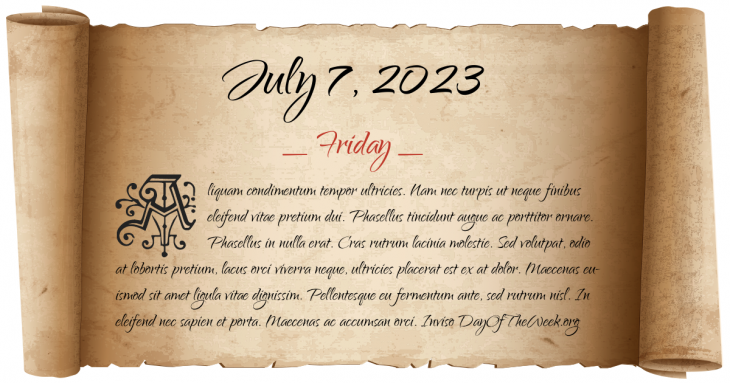 Holy Toledo! Did you know that coffee and word games are an excellent combination to sharpen your vocabulary? Let’s give it a quick spin. Within 30 seconds, how many words can you think of from these letters LOAOZHO? Check your answers here: Word solver LOAOZHO. (Sponsored by WordFinder.Cafe)

July 7: This Day in History

The terms 7th July, July 7th, and 7/7 (pronounced “Seven-seven”) have been widely used in the Western media as a shorthand for the 7 July 2005 bombings on London’s transport system. In China, this term is used to denote the Battle of Lugou Bridge started on July 7, 1937, marking the beginning of the Second Sino-Japanese War.

Who were born on July 7?