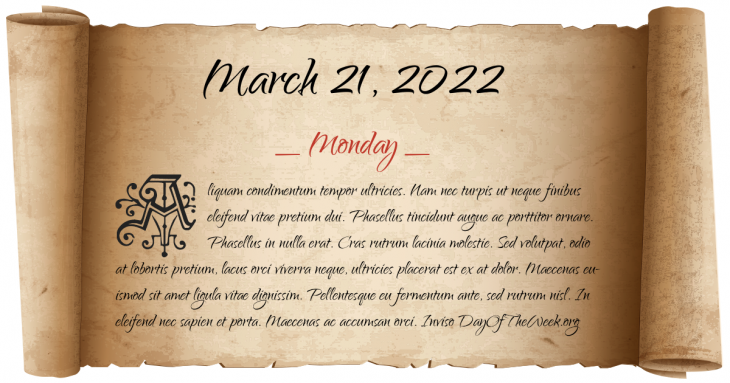 Holy Toledo! Did you know that coffee and word games are an excellent combination to sharpen your vocabulary? Let’s give it a quick spin. Within 30 seconds, how many words can you think of from these letters UAYCQO? Check your answers here: Unscramble words UAYCQO. (Sponsored by WordFinder.Cafe)

March 21: This Day in History

March 21st is the common date of the March equinox (although astronomically the equinox is more likely to fall on March 20 in all but the most easterly longitudes). In astrology, the day of the equinox is the first full day of the sign of Aries. It is also the traditional first day of the astrological year.