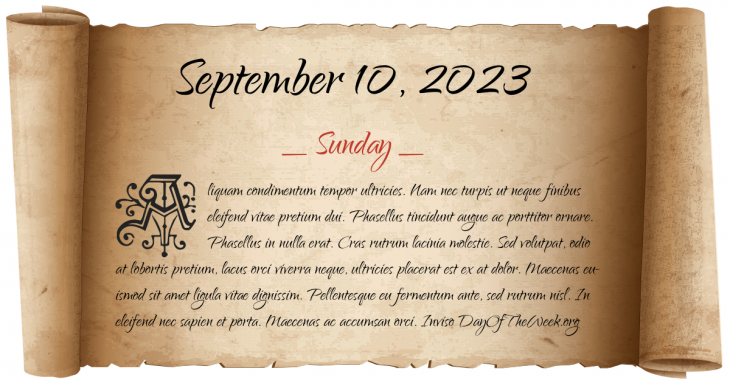 September 10: Day of the Week

Who were born on September 10?