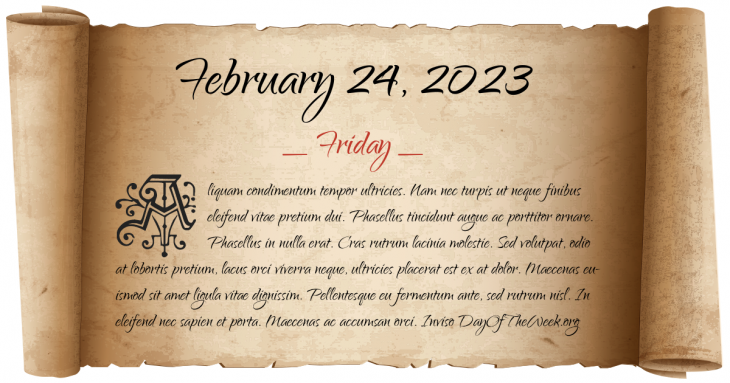 February 24: Day of the Week

What no one tells you about your first name’s personality. Are there magical powers hidden in your given name? Every moniker has an undeniable character and personality. Check out Chester’s personality and get smarter today. (Sponsored links)

February 24: This Day in History

By Roman custom, February 24 is the day added to a leap year in the Julian calendar. The Mensis Intercalaris began on this day or the following day in intercalary years in the pre-Julian calendar. This custom still has some effect around the world; for example, with respect to name days in Hungary.

Who were born on February 24?