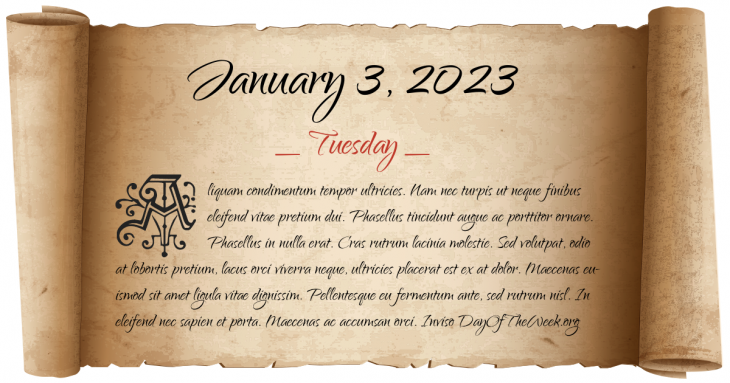 January 3: Day of the Week

January 3, 2023 was the 3rd day of the year 2023 in the Gregorian calendar. There were 362 days remaining until the end of the year. The day of the week was Tuesday.

Holy Toledo! Did you know that coffee and word games are an excellent combination to sharpen your vocabulary? Let’s give it a quick spin. Within 30 seconds, how many words can you think of from these letters APBUHHTZU? Check your answers here: Word solver APBUHHTZU. (Sponsored by WordFinder.Cafe)

January 3: This Day in History

The Perihelion, the point in the year when the Earth is closest to the Sun, occurs around this date.

Who were born on January 3?